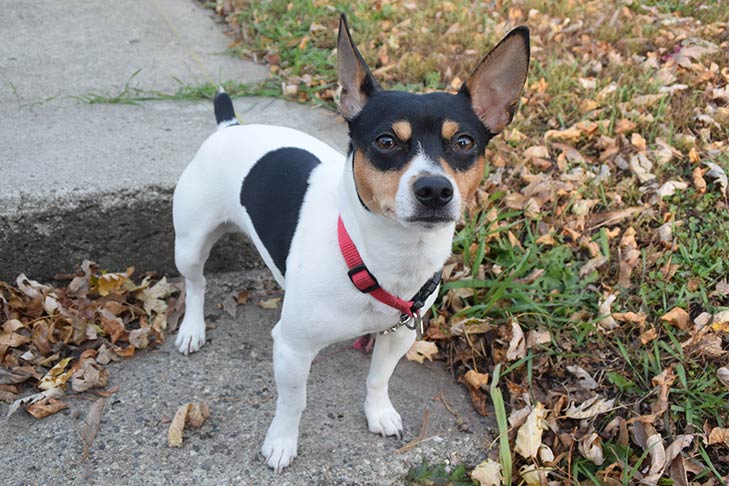 "The Teddy Roosevelt Terrier was developed in the United States from the various small and medium breed dogs that accompanied early American immigrants. Most were small hunting and terrier types whose job it was to clear the home and farmsteads of vermin. These versatile terriers probably included crosses between the Smooth Fox Terrier, the Manchester Terrier, the Beagle, the Whippet, the Italian Greyhound, and the now extinct White English Terrier. Over time, the dogs were selected for their hunting ability and harmonious nature in the home."

"The Teddy Roosevelt was originally a variety of the Rat Terrier, with the short-legged being known as Type B and the long-legged as Type A. During the 1990s, breeders worked to divide them into two breeds. The short-legged Rat Terriers developed a devoted following and were named in honor of President Teddy Roosevelt, who was thought to have owned these ratters." - From the AKC website